Home » How Automotive Manufacturing Has Changed Through History 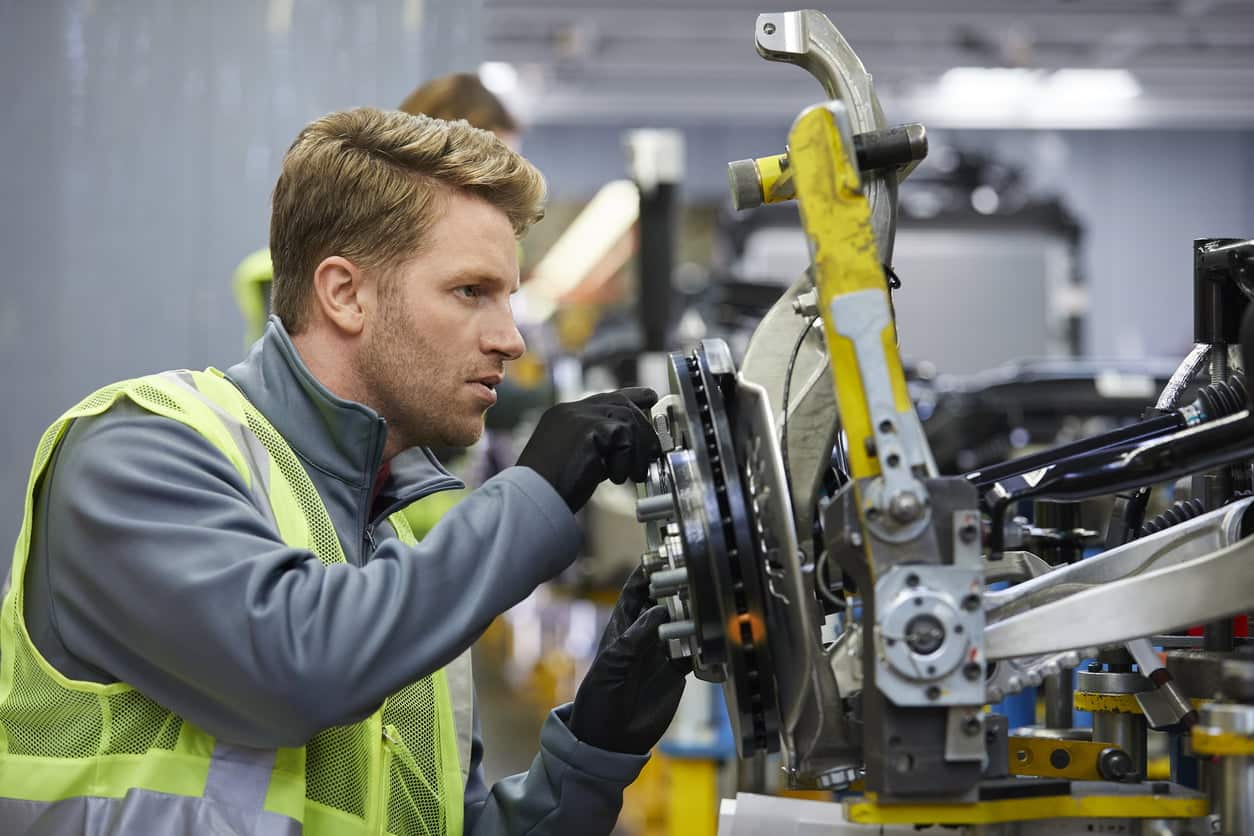 The automotive industry has long been a frontrunner in manufacturing best practice and technological innovation. Indeed, the sector is among the most pioneering in history, with ground-breaking enhancements and next-gen production methods setting the standard for the entire manufacturing landscape.

But of all the changes, methodologies and advancements that have helped shape the automotive manufacturing industry, which have had the biggest influence? And how, despite its short lifespan, has the car industry managed to evolve so rapidly?

In this guide, we’re exploring the history of automotive manufacturing, from its defining innovations to its ever-advancing production methods.

The Early Years: Mass Production and a New Market

The emergence of mass production in the early 20th century marked a turning point for manufacturing, not least within the automotive sector. Here, acclaimed carmakers like Henry Ford seized on the opportunity raised by the emergence of mechanised production, transforming personal and commercial travel forever.

Today, it’s easy to take mass production for granted. But in the 1910s, when much of society still relied on technology from the Industrial Revolution, the notion of at-scale manufacturing automation was scarcely believable. As such, getting mass production off the ground was a huge challenge, requiring the coming together of four key production principles: precision, standardisation, interchangeability, and continuity.

Now, in the 21st century, these four elements remain critical to the success of automated manufacturing, providing the basis for efficient, scalable production. And technological advancements now mean more control over each of these facets than ever before, with next-generation equipment and innovative production cycles transforming the way in which the automotive factory floor operates. 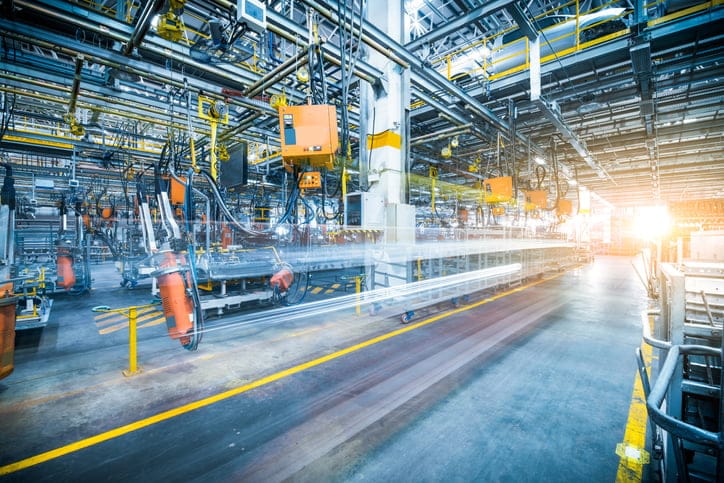 Automation on the Production Line

If mass production heralded a new era for manufacturing, automation fuelled its continued evolution. In the early years of large-scale automotive manufacturing, workers made every component before painstakingly fitting them all together – a resource-heavy process that kept the cost of motoring beyond the reach of the average household.

Automation changed all that. In developing machines capable of building a car at a fraction of the cost and in half the time of a human workforce, manufacturers were able to lower prices and advertise the convenience of motoring to the masses. This demonstrated the power of technological innovation like never before, signalling a step-change in manufacturing and production practices throughout the industry divide.

Of course, automation has a significant downside, and that’s the redundancy of human labour. Over the past century, human involvement in manufacturing has been transformed by automation and technological change, with disruptive new techniques and advancements rendering people’s place in the automotive production cycle almost unnecessary.

While technology and innovation have always been key drivers in the growth of the automotive industry, the availability and development of new fuel types has also played a role in defining the industry. Since cars hit the mainstream in the 1920s, many different fuels have been used to power them, each bringing new benefits and challenges to the production line.

The two most common types of fuel that motorists are familiar with, petrol and diesel, have been around since the mid-19th century. But over the years, evolving requirements and environmental legislation led to several changes being made to the makeup of petrol and diesel fuels, with a view to make them safer and more efficient. 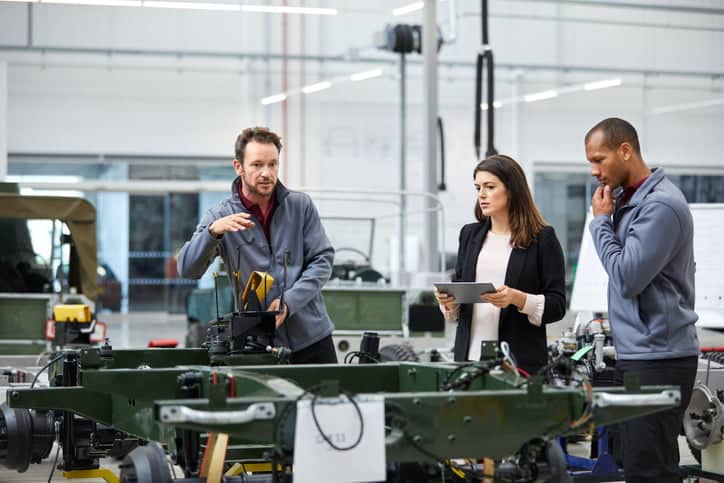 The changing nature of fuel has been the single greatest course-corrector for the automotive manufacturing industry. Over the past century, new fuel policies and environmental conditions have consistently disrupted vehicular production, with manufacturers forced to introduce new technologies and adapt to ever-changing legislation governing fuel use and emissions.

Given the current situation concerning climate change and the environment, the influence of changing fuel use on the automotive industry has reached a new level. With plans to axe the sale of new petrol and diesel cars by 2030 in the UK, car manufacturers face a wave of disruption rarely experienced within the industry, and one which will undoubtedly lead to a significant volume of additional investment into low-carbon fuel alternatives in the coming years.

The Emergence of Spare Parts, Components and DIY Maintenance

One of the unexpected outcomes of the car industry’s long-term success has been the emergence of a new, standalone market: the car maintenance and aftermarket parts sector. With mass production and automation catapulting car ownership during the early half of the 20th century, it wasn’t long before a new industry emerged, offering parts, accessories, and components to a new generation of car owners.

Today, the automotive spare parts market is worth billions, with both third-party and original equipment manufacturers contributing to a significant global supply chain. Sales of replacement parts subsidise the cost of research and development, with manufacturers funnelling a percentage of their profits into the advancement of vehicular technologies and solutions.

As well as spare parts, components and accessories, the success of the automotive industry also gave rise to professional maintenance and servicing businesses. Both national and regional car garages and service centres are used by millions of motorists every year, contributing much to local economies and job markets.

Electric: The Future of the Automotive Industry?

Electric cars are everywhere right now, with manufacturers doubling down and investing heavily in their marketing and availability. But while there’s no question that electric-powered vehicles present an environmental step-change compared to their petrol and diesel counterparts, the question remains: do they really represent the future of automotive manufacturing?

From both a commercial and environmental perspective, question marks have already been raised about the long-term viability of electric vehicles. For starters, it’s prudent to point out that, though more environmentally friendly than petrol and diesel, EVs still rely on electricity, which is still largely produced by the burning of fossil fuels.

Then, there’s the exorbitant cost of manufacturing electric vehicles, particularly compared to petrol and diesel. The complex and intricate nature of electric cars mean they’re significantly more expensive to manufacture than standard, long-established vehicles, meaning high production costs that carmakers have no choice but to pass on to customers on the forecourt.

If history shows us anything, however, it’s that carmakers will find ways to cut costs and find efficiencies. Much like when Henry Ford first launched the Model T in the 1910s, it’s likely one manufacturer will find a way to make EVs attainable for all. With continued investment in technology and ever-evolving production practices, it may not be long before electric cars become as commonplace as petrol and diesel vehicles.

In its 100-year history, the automotive industry has rarely been tested. But with the growing threat of climate change coupled with changing habits, the sector may be approaching something of a turning point.

For businesses operating in the automotive industry – whether as a carmaker, service provider or parts supplier – investing in future-proof technologies and innovations is crucial to long-term success during this unprecedented period. The right software, systems and processes can help sure up operations and lay the groundwork for long-term growth and profitability.

We hope you’ve enjoyed our guide to changes within the automotive industry. At JS3 Global, our ERP consultants have years of combined experience in helping businesses within the automotive sector to leverage new, future-ready business management technologies. To learn more about how we can help your business, visit the homepage or call us on 0161 503 0866.

Discover how JS3 Global
could help your business.

Delivering ERP consultants when your business needs them the most.